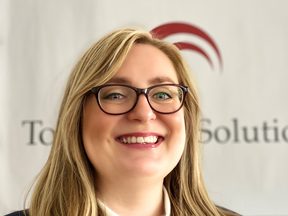 Izabela graduated from Bradford University with a First-Class degree in BA (Hons) Business Studies and Law.

She was employed by Michael Lewin Solicitors in Leeds as an Administration Assistant and worked her way up in the company. She became a Costs Draftsman in April 2013 and began her Costs Lawyer course in September 2014.

Izabela joined the team in February 2017, where she qualified as a Costs Lawyer in August 2017, passing the course with a Distinction. Izabela specialises in preparing bills in all areas of law, drafts and negotiates Precedent H matters, as well as preparing Replies to Points of Dispute. She strives to maximise her client’s recoveries and frequently receives compliments from her clients for the exceptional results she obtains.

Izabela is a member of the National Trust and enjoys visiting various sites for walks and days out in her spare time.