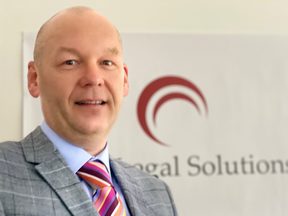 Gareth began his career in the insurance world working for Eagle Star/ Zurich which was a composite insurer allowing him to deal with all types of claims both private and commercial, before moving to Irwin Mitchell Solicitors.

He enjoyed his role as Personal Injury Fee Earner and Assistant to the Director of Legal Expense, before moving to managing a team of PI fee earners. Gareth ended his career at Irwin Mitchell as an Associate Director (Partner level) dealing with all levels of PI claims and also then managing the First Response and Admin Units, which handled over 1,000 claims per month with a team of over 100. Since leaving Irwin Mitchell in 2008, he has undertaken Consultant work with a leading Yorkshire Personal Injury Solicitor on their process re-design, and latterly running a Nationwide Statement and Locus Agency.

Gareth is responsible for the efficient day to day running of the operational side of the business; process design, statement and locus division, resident Proclaim programmer and also part of the Management Team with the Directors.

Other than earing curry, Gareth tries to keep fit by cycling, but spends most of his time with his wife walking their rescue dog.